What Is Insect Pheromone

Pheromones are chemical signals released by insects for communication purposes such as for aggregation and reproduction. By knowing the composition of the pheromones, we can utilize them to manipulate insect behaviors to achieve the goal of pest control.

How Pheromone Works to Control Pests

Pheromones are highly specific to target pests. Therefore, it is an extremely efficient tool for monitoring population density of frequent pests. Through long-term monitoring and periodical data collection of target pest amount, growers can get in-depth understanding of critical pest-control information such as pest occurring trend, correlation between pest density and crop damage.

Combination of pheromone lures and specialized insect traps can be used to greatly decrease the number of male target pests by mass-trapping. With mass-trapping, the female-male ratio within the population changes which reduce the possibility of mating and further reproduction of the target pests. Thus, mass trapping leads to rapid decrease of target pest population. To achieve mass-trapping, special attention to distance between pheromone lure installation and appropriate choice of insect-traps are needed.

No resistance over long-term application

Suitable for application in both small and large area 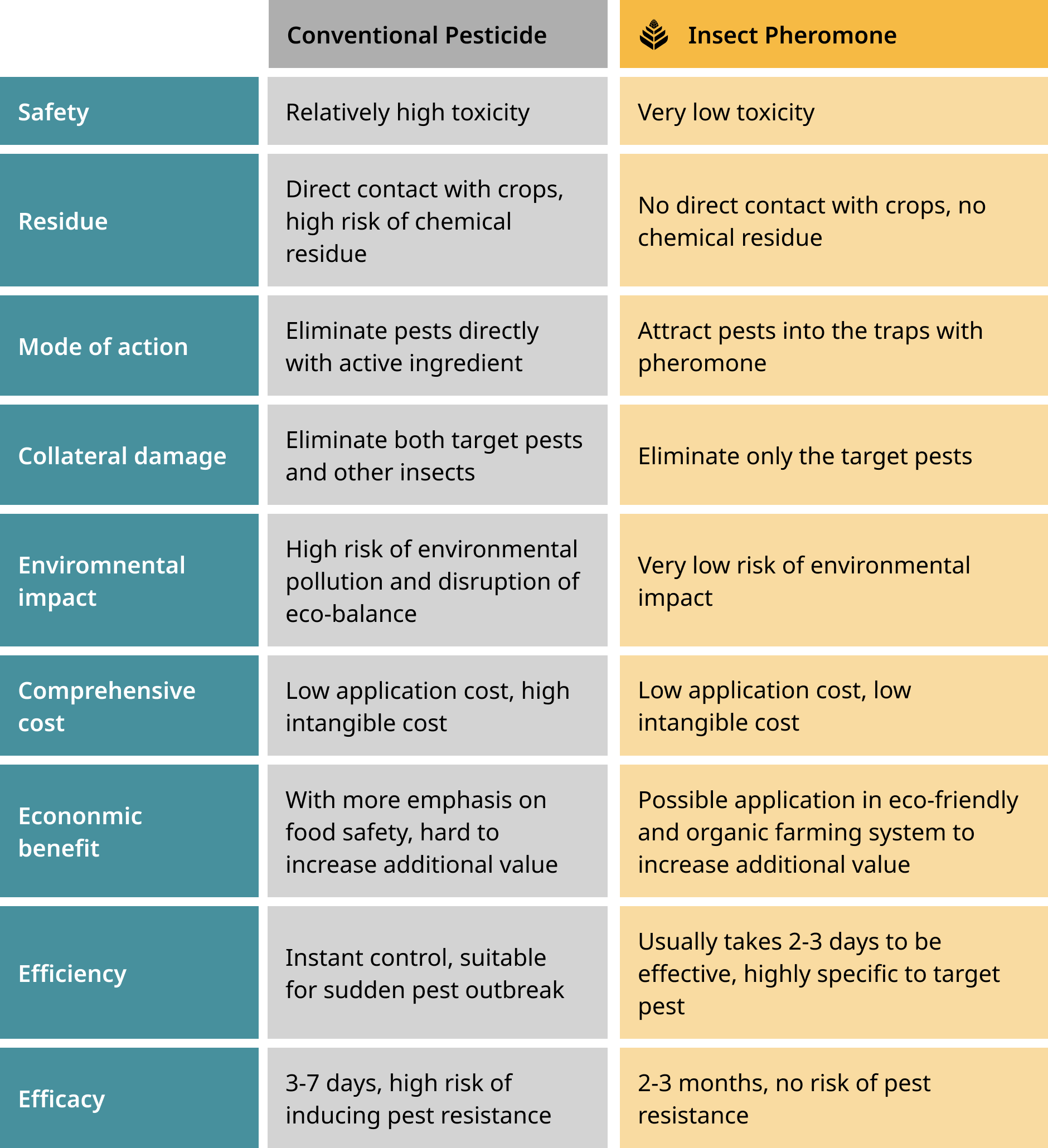